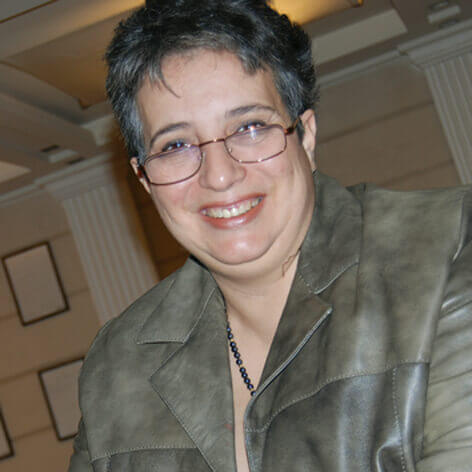 Evi Voulgaraki (born 1964) is a Lecturer in Missiology at the Department of Social Theology and Religious Sciences, Theology Faculty, National and Kapodistrian University of Athens. She studied Theology at the University of Athens, from where she graduated in 1986. She pursued graduate studies in Münster and Marburg, Germany, focusing on ecumenical, missiological and comparative religious / interreligious dialogue studies. In Marburg, she worked at the Faculty of Evangelical Theology as a Lecturer [Wissenschaftliche Mitarbeiterin], lecturing in Ecumenical and Orthodox Theology and Culture. She obtained her MPhil in Church Rhetoric, with a close study of a text relating to Christian – Muslim dialogue, at the University of Thessaloniki, from where she also obtained her Doctorate in Missiology and Interreligious Dialogue, with a thesis entitled: Approaching the Pagans, According to St. John Chrysostom. She has been involved in missionary activity, locally as well as globally. She obtained first-hand experience in missionary work while accompanying Archbishop Anastasios of Albania (Yannoulatos), then Metropolitan of Irinoupolis in Kenya (1982). Ever since, she has been active in mission and dialogue, while also pursuing her academic interests in the same fields. She has held leading positions in several international activities and organizations, such as the WCC, SYNDESMOS and Balkan Orthodox Youth Association. She is now a member of the Steering Committee of the Missiology Group of IOTA. She teaches “Missiology” and “Christianity and the Contemporary World” as well as Interfaith Dialogue at a graduate level, and “Patristics and Mission”, “Orthodoxy in Africa”, “Witness, Diaconia and Politics” and “Identity and Otherness from a Theological Perspective” at post-graduate level.